Until the opening of the Drill Hall in Reynards Road, Coburg, the area’s cadets (Area 59) had no permanent building in which to meet. Although they had tried to secure Coburg Public Hall, the Council refused permission, because the Hall was a valuable revenue raiser and its use as a drill hall would mean a significant loss of income. (Coburg Leader, 17 March 1911, p.4) In May 1911 Moreland State School was being used as a temporary drill hall (Coburg Leader, 19 May 1911, p.1) and it was not until December 1912 that the Coburg Council finally offered the Defence Department ‘a large Recreation Reserve in Reynard Road. The offer was for as much as required and as long as required at peppercorn rental of one shilling per year.’ (Coburg Leader, 6 December 1912, p.1) 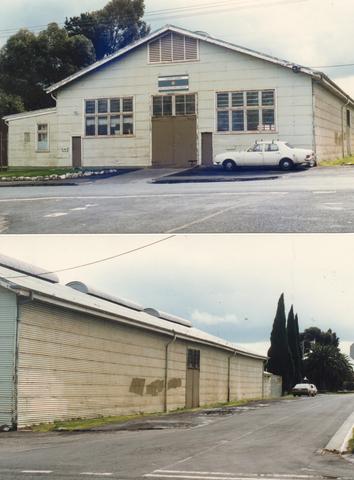 Much later images of the Drill Hall, courtesy Coburg Historical Society. For a history of this site, see the Robinson Reserve Neighbourhood House website.

At this stage there was no Drill Hall in Brunswick. In July 1915, the local newspaper referred to a drill hall of iron and wood being erected in Percy Street, Brunswick. It was opened in 1916. (Brunswick and Coburg Leader, 9 July 1914, p.4)

The official opening of the  Drill Hall on Saturday 21 February 1914 was a grand event. The Minister for Defence Senator Edward Millen was there to address the 500 cadets and officers who were present. 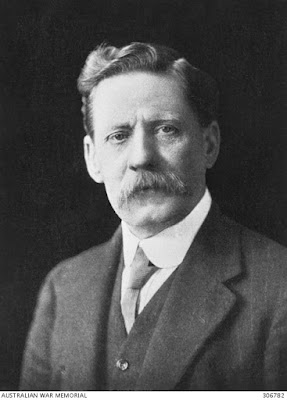 One of the more colourful characters at the opening was Captain Steel, commander of the 59th Battalion of Cadets:

I have yet to identify Captain Steel and to date the closest I have come is an H. Steel who belonged to the Coburg Lacrosse Club.


After Field Marshall Viscount Kitchener visited Australia in 1909, Australia introduced compulsory military training. By January 1911 the system was in place. There were three levels of training. The first, the junior cadets for boys aged 12 to 14, was administered by schools, where military drill had already been introduced. The second, the senior cadets, was for boys aged 14 to 18. The third, the Commonwealth Military Forces, was for young men aged 18 to 26. 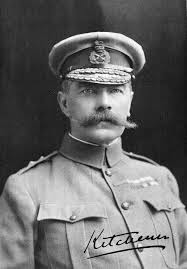 Field Marshall Viscount Kitchener at the time of the Boer War

Exemptions were given to those who lived more than five miles [eight kilometres] from the nearest training site, those passed medically unfit, to resident aliens and theological students. Those who failed to register for military training were punished with fines or jail sentences. Many boys did not register for their military training, and between 1911 and 1915 there were 34,000 prosecutions, with 7,000 jail sentences imposed.


I have written previously about exemption courts in Coburg here, here, here and here.


The scheme did not meet with universal approval. Those on the political right tended to support the scheme and those on the left were largely against it. Those who were presented as ‘shirkers’ in the press cited many reasons for failing to report for drill: it was a long way from their workplace; there was no nearby training centre; it was very inconvenient to get to; it was very tiring; it was intrusive; it went against religious principles.

The following article from page 1 of the Coburg Leader, 28 February 1913, gives an idea of what happened to those who were deemed 'shirkers'.