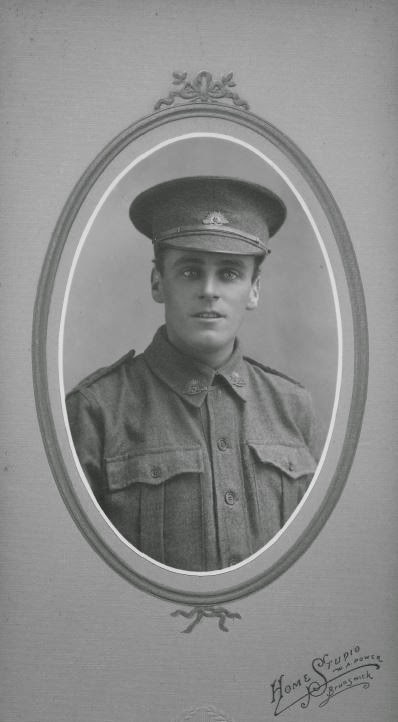 
This is a studio portrait of Percival Kerrison Smith, taken in Brunswick before he left for the Front.

As a result of my earlier entry on P.K. Smith, a relative has sent me this photo and tells me that he is waiting to be contacted by the army so that he can provide a DNA sample in the hope of identifying PK's remains.

He writes 'My wife and I plan to visit Fromelles around next July so we are really hoping that Percival can be identified in time for the 2015 memorial at Pheasant Wood, Fromelles.' I wonder how many others will make this same pilgrimage.

You can find out more about Lambis Englezos and his involvement in the Fromelles project here and here or simply do a Google search. So far, more than 120 soldiers have been identified. You can read more about the Fromelles Project here.

Our Anzacs: A scrapbook of Brunswick during World War 1 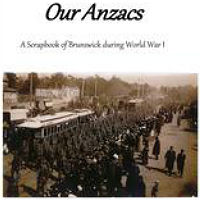 This locally produced book was edited and compiled by local authors Laurie Cunningham and Laura Donati and was launched earlier this month at the Brunswick Town Hall.

Those at the launch enjoyed singing songs of the World War One era and were priviliged to hear newly-returned Lambis Englezos talk about his involvement in the Fromelles project.

Through the generosity of Laurie and Laura, the book is available in digital format through the Moreland City Libraries' Local History Catalogue.

7362 Driver Roy Rupert Davis, 8th LIght Horse Regiment, enlisted on 14 June 1915 aged 20. He was from a well established Coburg family, his grandparents being William and Elizabeth Davis of ‘Nassau’.
At the time of Roy’s enlistment, his father Albert was Mayor of Coburg and he wrote his letter giving Roy permission to join up on official Town of Coburg letterhead. 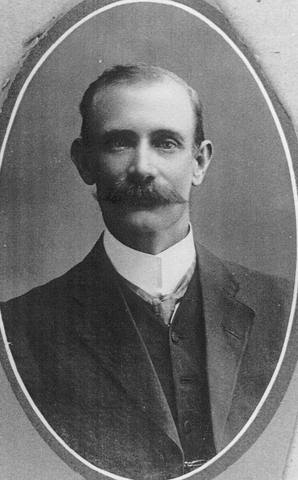 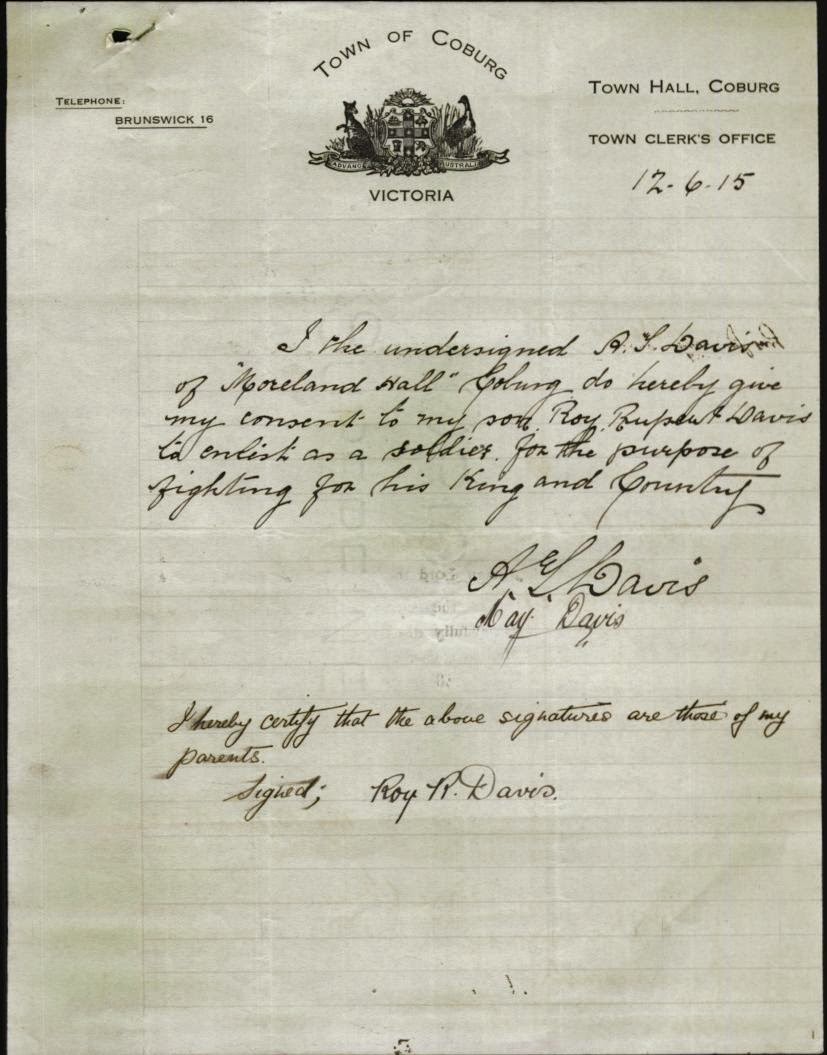 Roy’s early life was one of privilege. He lived in a grand home and attended Wesley College. Before enlistment, he had been in the Coburg Mounted Cadets for two years, under the command of Colonel Rushell. (Brunswick and Coburg Leader, Friday 4 June 1915, p.2) He was the only son of an influential citizen, but the Davis family did not take their good fortune for granted. His grandparents and his parents all contributed to the good of the local community in a number of ways.

During the war, for example, the Davis family were at the forefront of patriotic efforts in the area and opened their home, ‘Moreland Hall’, on many occasions for patriotic activities. Roy’s sister Linda was particularly adept at fund-raising, one of her main causes being the Glenroy Military Hospital, but more of that in a later post.

The following images of ‘Moreland Hall’, Jessie Street, Coburg, were taken in the mid-1920s when it was sold to the Wesleyan Central Mission as a place for the treatment of alcoholism and drug abuse. At that time it was known as The Bichloride of Gold Institute. Interestingly, today it is again used for a similar purpose. Coburg Historical Society holds more information on Moreland Hall and on the various Bichloride of Gold Institutes. 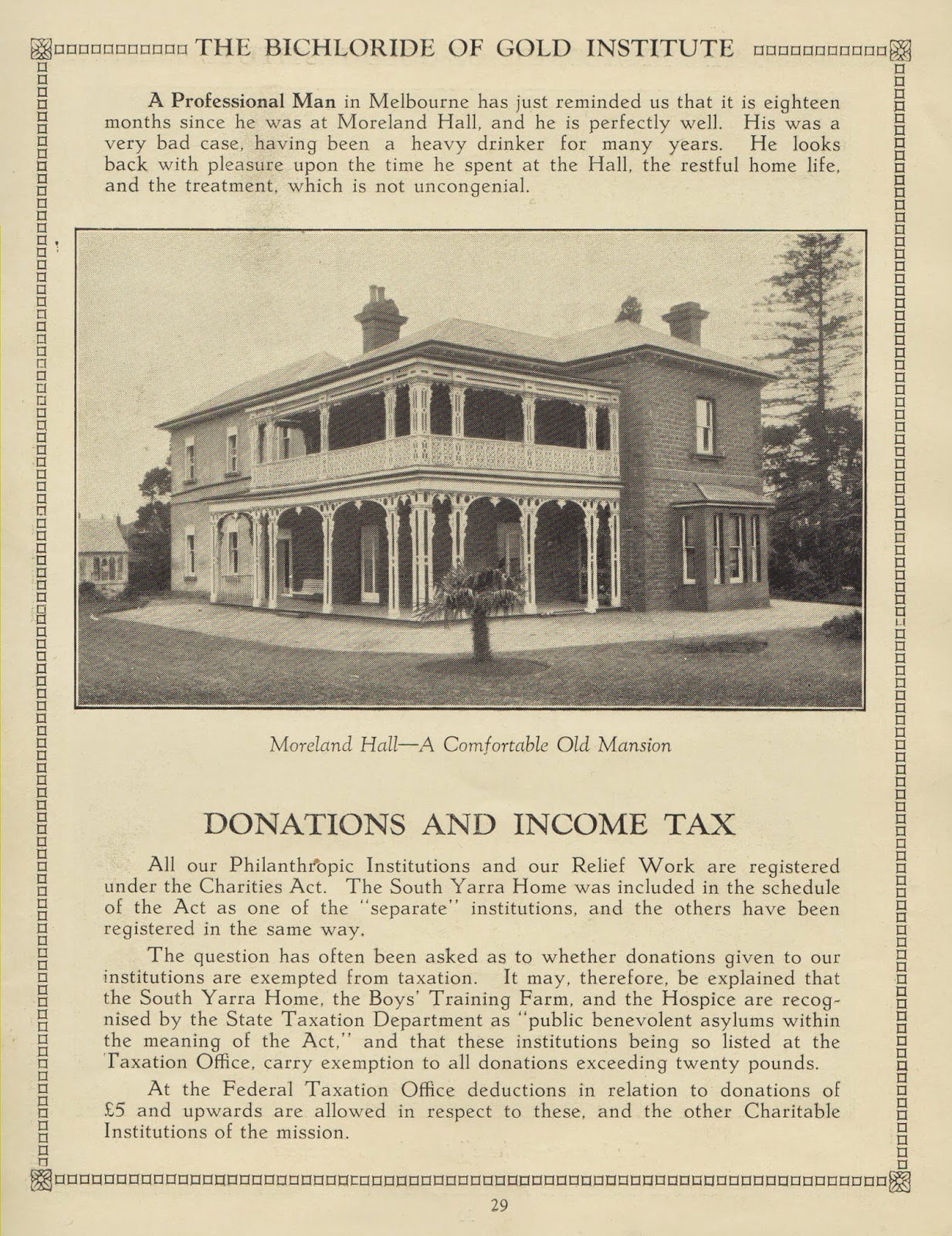 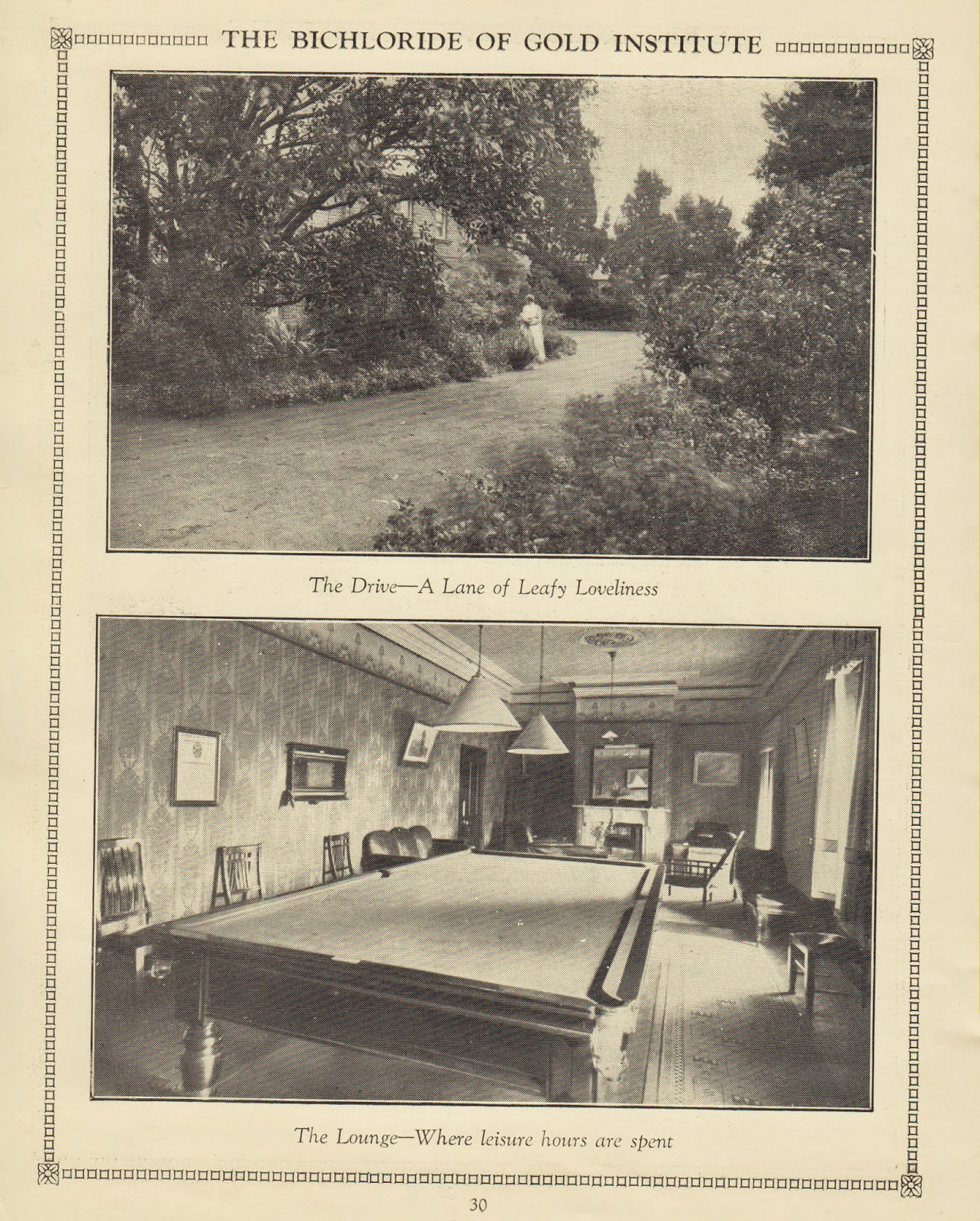 Roy Davis returned from the war in September 1919 and married Alice Robinson in 1924. By the mid twenties he was working on various family properties in the Casterton area of Victoria's Western District. By the end of the 1940s he returned to Coburg briefly and was working as a clerk, but soon moved to the southern suburbs of Mentone, then Sandringham and finally Beaumaris. He died at Dandenong in 1981 aged 85. 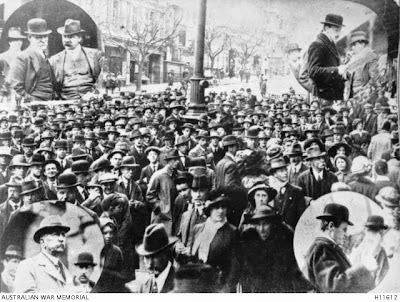 So much has been published already about that first day of the war, 4 August 1914, that I'm not going to reinvent the wheel.

My earliest blog post in September last year will give you a flavour of how Coburg dealt with the news.

The Empire Called blog is also another great source of information.

And the ABC website has some fantastic features that you should not miss:


And just as local contribution, here's an article from the Brunswick and Coburg Leader, 14 August 1914 about tourists travelling in Europe and the start of hostilities: 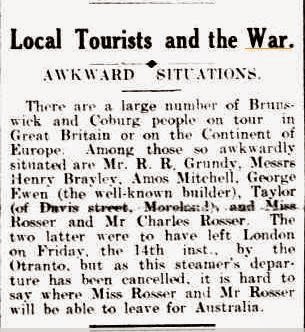 The day before war was declared

Sports dominated the news in the Monday newspapers, as you might expect.


On Monday 3 August, 1914, the main news from Coburg was the weekend sports results. 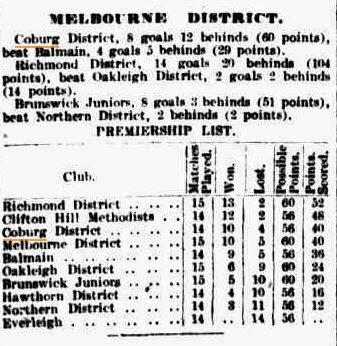 
And the cross country (held at Ballarat): 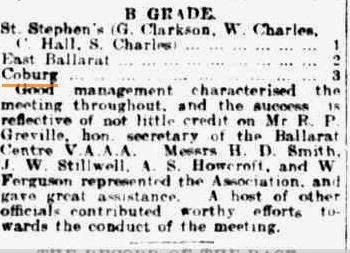 And finally, the lacrosse: 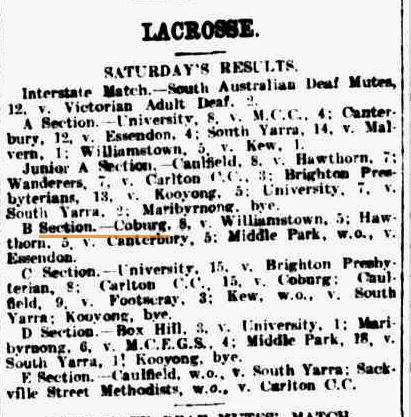 
No one knew then that just one day later the world would be at war.

And how were they to know that very soon each of these clubs would be farewelling some of their number or that not long after that they would be lamenting the loss of so many of the area's young athletes and sportsmen.