The Ashton brothers, Harry and Oriel, both served in World War One and are remembered on the Coburg Town Hall Honour Board. Harry is also listed on the 2837 Moreland State School (2837) Roll of Honour. 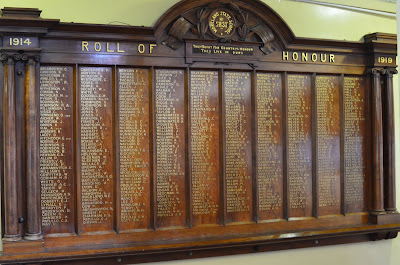 Harry Ashton enlisted in the 7th Infantry Battalion on 7 December 1914. He sailed in February 1915 but was returned to Australia in May as medically unfit, without seeing action. Two years later, in Mary 1917, he re-enlisted and this time served with the Base Records Corps here in Australia until the end of January 1920. He was on sick leave for long periods in late 1918 into 1919, with influenza, according to a letter he wrote to the authorities. You can read about his war service here.
Like so many returned servicemen Harry Ashton had a difficult life after the war was over. He was engaged in 1921, but the marriage did not eventuate. During the 1930s he moved up into New South Wales in the search for work. He died at Yass District Hospital, NSW on 16 August 1934 after contracting a bad cold that developed into double pneumonia while doing relief work on the Taemas Bridge across the Murrumbidgee, near Yass. He was ‘entirely without means’ and the Yass Soldiers’ Club paid for his burial. He was only 39 years old.

I’ve written about Oriel Joseph Ashton before (not to be confused with his son Oriel Irvine Ashton, also a naval man). You can read about his wartime experiences here and here. Oriel joined the navy in July 1911 and by the time his younger brother Harry enlisted, he had already served in German New Guinea in September 1914 while a crew member of HMAS Australia.
After the war, Oriel remained in the Navy and went on to serve in World War 2. He and his wife Rose lived at Yanderra, NSW when he died on 17 November 1944 aged 50.  He was a member of the Totally and Permanently Incapacitated (TPI) Disabled Soldiers Association at the time of his death and was buried at Rookwood Cemetery in Sydney. 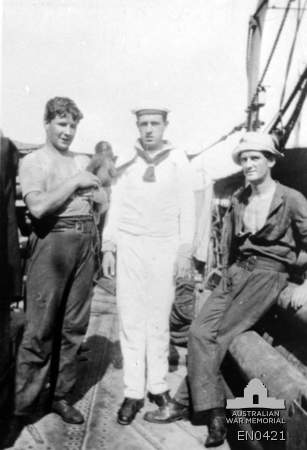