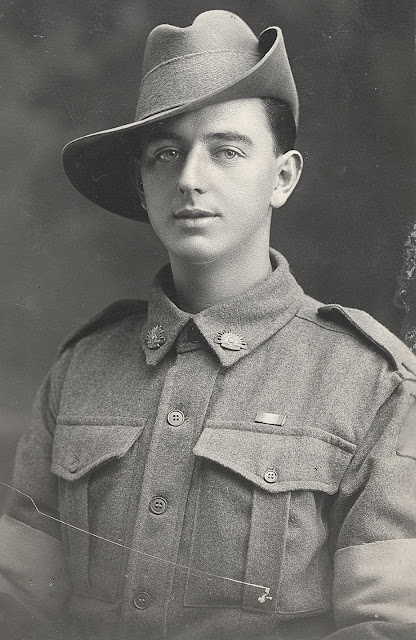 William Broadbent was an 18 year old nailmaker who lived in Croxton when he enlisted in July 1915. His family had strong connections to Coburg. He and his siblings were born in Coburg. He had been a pupil at Coburg State School and is featured on page 44 of the Coburg State School Soldiers Record Book.
William arrived in France in June 1916 and in his own words ‘I was up at Fromelles [for the] 19 July stunt.’ He later did a course at Grenade School, returned to France and in the bitter winter of January 1917 suffered from trench foot. He received a severe gunshot wound to his ankle in July 1918 and was repatriated to England. He was finally discharged in Australia in December 1918 and from 1957 was in receipt of a TPI pension.
William Broadbent’s brother Ernest, who was born in Coburg in 1900, also tried to enlist, but his enlistment was cancelled because his parents refused their consent. Ernest, a dairyman, later moved to Myrtleford where he died in 1971.

Although his parents Charles and Mabel moved around a bit, they remained in the Coburg area. A cousin, Joseph Grattidge, also an old boy of Coburg State School, served and survived the war. 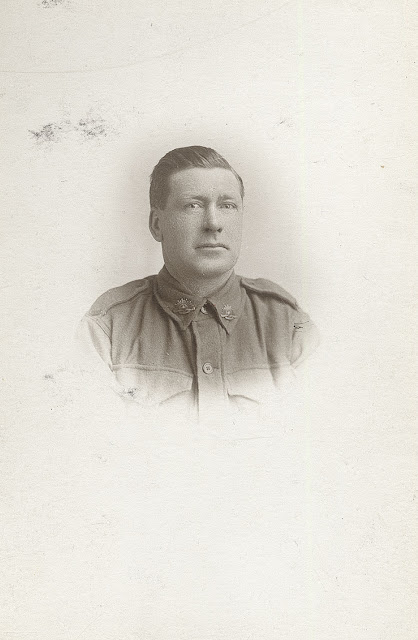 Joe Grattidge was a 34 year old married quarryman working for Coburg Council when he enlisted in August 1916. Like his cousin William Broadbent, he served in France where he took part in major actions such as Bullecourt, Ypres, Villeurs-Bretonneux and Mont Saint Quentin. Before and after the war he lived in Barrow St., Coburg. His brothers George, Leslie (KIA France) and Stanley also served.
Joe Grattidge died in 1961 aged 79. He is buried at Coburg Cemetery and is remembered in a World War One commemorative walk organised by Friends of Coburg Cemetery.
This walk will take place at 2pm on Sunday 17 April 2016, so if you are interested, please contact Friends of Coburg Cemetery  focc.group@gmail.com