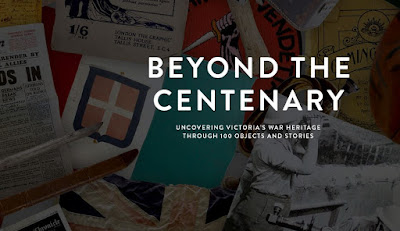 If you have a bit of time to spare, why not check out the 100 objects and stories that make up this terrific project. You can see it here. 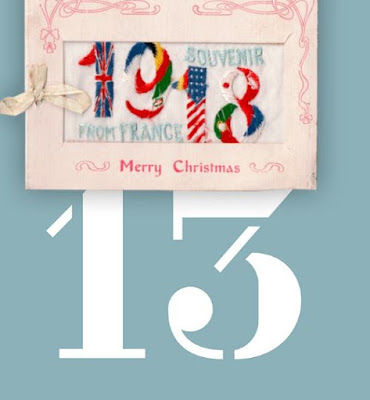 Example from the Beyond the Centenary project, from the Wangaratta RSL Sub-Branch collection. 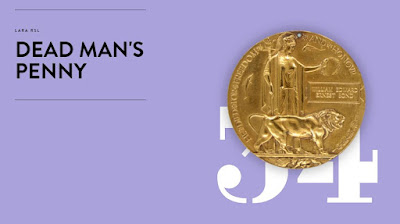 From the Lara RSL's collection. I have two of these memorial plaques, both in their original heavy card casings and in pretty much their original state. They were sent to my great grandmother Ellen Hunter in Carrick, Tasmania, in memory of two of her sons who died in WW1. The plaques I have look very much like the old pennies I used to get for my pocket money when I was a kid - not polished like this one. It's left me wondering what their original colour might have been. I actually like the fact that mine are that dull gun-metal colour. It seems appropriate.


The items displayed online relate to all of Australia's war experiences, not just WW1, and are sourced from a range of contributing organisations to Victorian Collections.

There are also stories, curated by different people, on a vast range of topics, such as this one by Belinda Ensor, that relates to World War One.

If you're a researcher interested in Victorian history, you'll find the Victorian Collections website is well worth a visit. 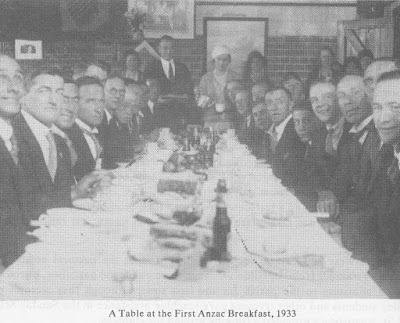 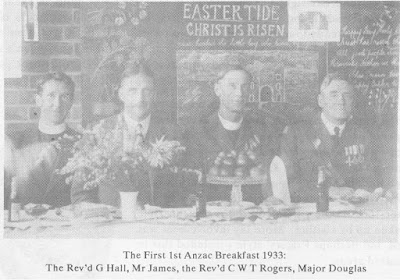 One foundation: a parish journey in Moreland, Peter Sherlock, p.66.

Rev Charles William Thomas Rogers was vicar of St Augustine's from 1932 until 1942. He served as a Chaplain, attached to the 57th Battalion during World War One. When he embarked in June 1917, he was vicar at North Carlton, the suburb where he was born 40 years earlier. He died in 1966 at Surrey Hills aged 89.

I've yet to identify Rev G. Hall, or Mr James or Major Douglas.

The Ambler family of Moreland's contribution to the war


Widow Lizzie Ambler did not have it easy. Her husband died in his 40s, leaving her with four young children to raise. She managed, but it was a struggle as you can tell from this newspaper article in the Herald. 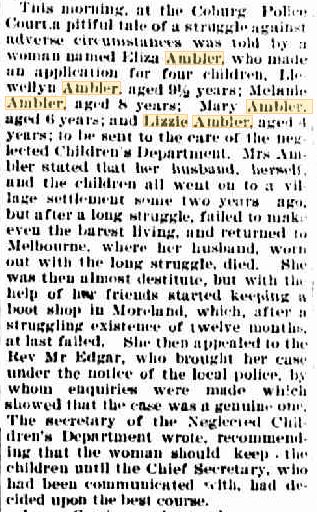 After her husband's death on their rural block at Kardella, near Korumburra in South Gippsland, Lizzie Ambler settled in Coburg and for many years the family lived at 'Blenheim',168 Moreland Road, Coburg West, on the border with Brunswick, in an area more commonly known as Moreland.

The family attended St Augustine's Church, then on the corner of Davies Street and Moreland Road. 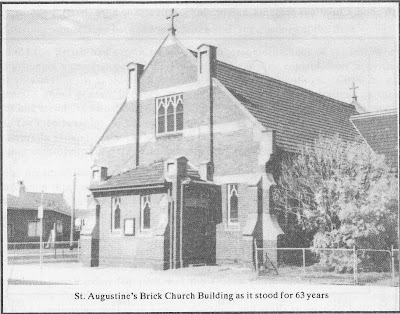 Image taken from One foundation: a parish journey in Moreland by Peter Sherlock. The brick church was built in the early 1920s after the previous wooden building burnt down.

The girls were confirmed at St Augustine's in 1908. 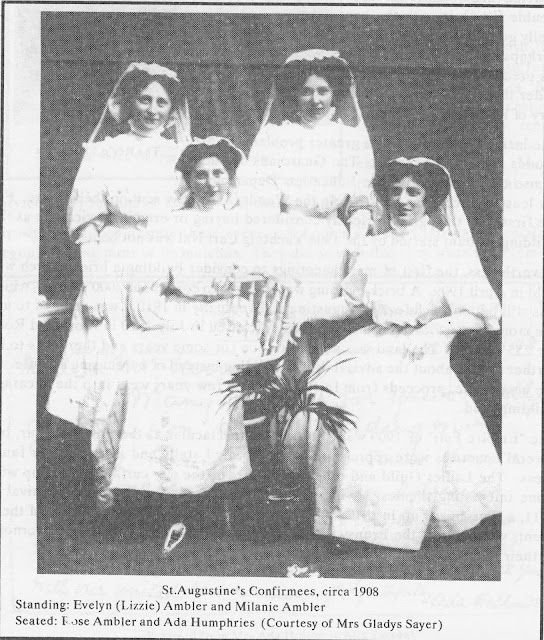 Image taken from Peter Sherlock's One foundation: a parish journey in Moreland, page 28

Milanie trained as a nurse at the Children's Hospital and served as Staff Nurse Milanie Treleavan Ambler in Salonika during World War One. She did not marry, worked as a nurse all her life and died in 1970 aged 81. 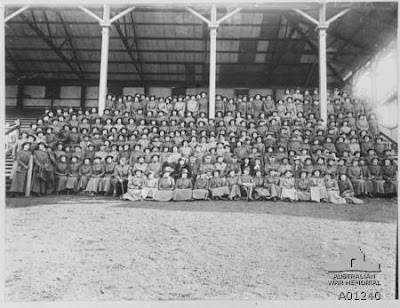 Their only brother Llewellyn (Lew), a builder by trade, was one of a number of members of the Coburg Cycling Club who enlisted in World War One.

A send off was held for Lew and his mates at the Club. Mr Johnston (Andrew Johnston, club stalwart) gave ‘a fine speech’ and mentioned that so far 30 members of the Club had enlisted. 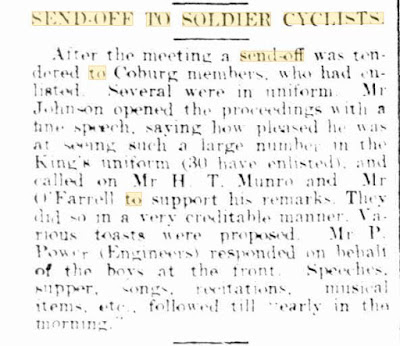 Andrew Johnston’s son Donald was one of the 30 who had enlisted. By the time his father Andrew made his speech farewelling Lew Ambler, ‘hero of 100 battles on the track’, Percy Power (Cycling Club secretary) and Richard Lawless, Don was dead, killed in action at Krithia on 8 May 1915.

Lew Ambler’s pals from Coburg Cycling Club, Richard (Dick) Lawless and Percival (Percy) Power placed In Memoriam notices in the newspapers for years after his death. They joined up at around the same time and the local paper (Brunswick and Coburg Leader, 24 Sep 1915) commented 'and so the three will share the fortunes of war together.’ This was the case until Ambler’s death in June 1918 , but he was never forgotten by his friends.


Recently I published a post featuring this picture that shows Gordon McKay with his cricket team members: 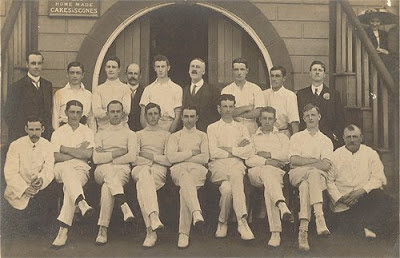 At the time I wondered whether it was taken at Coburg.

And now, thanks to Paul Sumner, I know that it was!

Here's a picture featuring Paul's great-uncle Keith Harder and another Coburg man, Les Ward. Best mates, they both served in World War One. Les died of wounds on 12 March 1917. You can read more about them here. 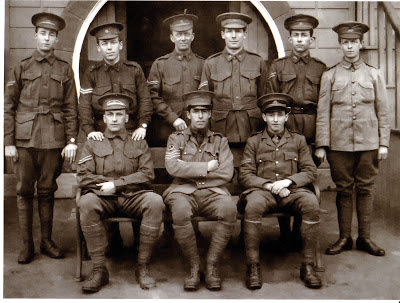 I haven't been able to identify any of the others in the photo and would be very pleased to hear from anyone who can do so!