Clifton Percival - born in Auckland but raised in Coburg 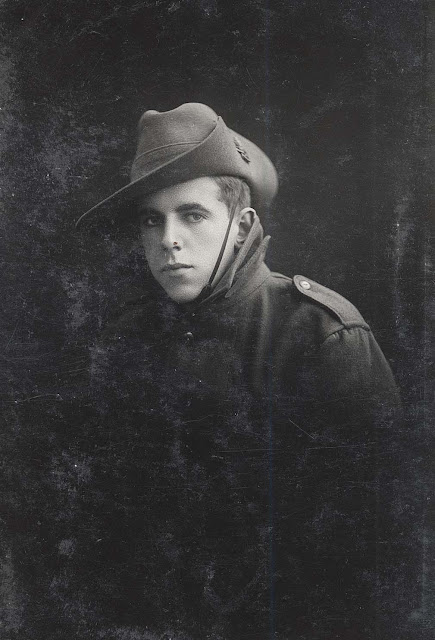 When I began my research into Clifton Percival's life, I thought perhaps that there was not much of a story to tell. He was born in Auckland in 1897 but two years later his family had moved to Australia and were living in Prahran. When he was 12 his family moved to Coburg where he attended Coburg State School. He survived his war service despite being gassed and sent home in December 1917 with pulmonary fibrosis and gas poisoning. He married, had children and moved to Canberra where he worked as a surveyor and he died suddenly in December 1948 of heart problems.

However, as I began to unfold the story of the Percival family in New Zealand and then in Melbourne, an interesting picture of the wider family group emerged.

The first suggestion of something different was when I discovered from his attestation papers that Clifton Percival had been working as a Biograph operator when he enlisted. You can read more about the Biograph Company here. You can see an example of a Biograph silent film here. It's a 1911 D.W. Griffith film called 'The Lonedale Operator' and runs for about 16 minutes.

What I don't know is where Percival was working, but it might have been at Lake Hall in Coburg which by 1912 was operating as Coburg's first picture theatre.

Lake Hall, one of Coburg's many bluestone buildings, was built in 1860 as the Presbyterian Church. This image, taken in 1916, shows it during its time as a picture theatre. Image courtesy Coburg Historical Society.


From electoral rolls I know that Clifton Percival worked in surveying after the war and that he had moved to Canberra by 1930. I later discovered that his father's brother, Arthur Percival, was a surveyor of some note and rose to become Australia's Surveyor-General. He was part of the team that surveyed Canberra. You can read about him here and here.


And if you're interested in reading more, you should check out this link to 'Some Historical Aspects of Australian Capital Territory Mapping and its Map Grid'  by Paul Wise and Kevin Wellspring, May 2015.

I also discovered from electoral rolls and from a death notice that Clifton's father William James Bradley Percival (known as Bradley Percival) worked as a draughtsman for the Public Works Department in Canberra in the early 1930s, so the Percival family were well represented in the development of the ACT.

From the  early 1870s to the 1890s WJS Percival (Clifton's grandfather) lived on the south island of New Zealand and is described variously as an artist, an architect and a draughtsman. By 1896, he was living in Auckland but still calling himself an artist. Although it is unclear whether he ever made a living from his paintings, he was one of the founders of the Otago Art Society in 1876 and exhibited watercolours and oil paintings of southern scenes during this period.

If you are interested in 19th century New Zealand artists, here's a link to a very useful online copy of Una Platts book, 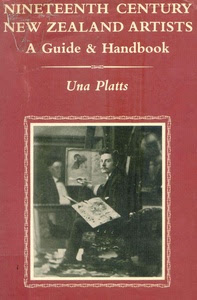 Some examples of WJS's work can be seen here. By 1912 he had moved to Elsternwick in Melbourne's south and was working as a draughtsman and no further mention of his artist pursuits has been found.

I guess you can see from all of this why I love the serendipitous nature of historical research. I begin my day researching the war experiences of Clifton Percival then find discover an uncle who was part of the team who surveyed Canberra. I look a little further into the past and find a father and grandfather who worked as draughtsmen but who clearly identified as artists - one a painter, the other a musician.

After Lord Kitchener's visit to Australia in late 1909, compulsory military training was introduced for all Australian boys aged between 12 and 18 years. 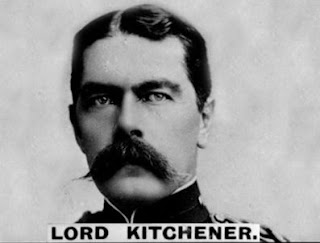 Junior Cadets were aged 12 to 14 years old and had to train for 90 hours each year. They undertook their training at their primary schools, which in those times before government secondary schools went to Grade 8.

At Melbourne Continuation School (later Melbourne High School) where many of the state's teachers were educated prior to taking up teacher training, the boys of the school trained on Wednesday afternoons. The girls, being the future mothers of the nation, trained in the domestic sciences. 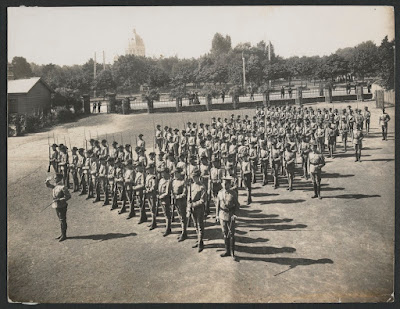 The following photograph of the Grade 6+ class at Coburg State School in 1910 features four boys in their cadet uniforms.

In the centre of the back row is Victor Harder who was killed in action in France on 26 April 1918. To his right is his brother Keith Harder who survived the war. Keith's best friend Les Ward is two down from Victor on the left. Les died of gunshot wounds on 12 March 1917. Two rows down from Keith is the Harder brothers' sister Gladys who was married to George Fowler of Coburg. He was killed in action in France on 29 September 1918. We believe that the boy second from the right in the back row is Leonard Francis whose sister Kathleen married Keith Harder after the war. 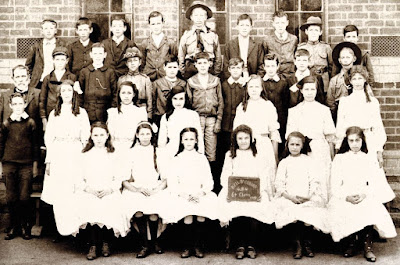 Working from a list of students listed in the school's prize distribution ceremony held on 8 December 1908 ('Coburg Leader', 2 January 1909, p.4) the following boys of this age group were mentioned: Jack Gould, William Libbis and Leslie Libbis (6th Class); Leonard Francis, Victor Harder, Frank Pridham and Jack Aitken (Upper 5th class); Keith Harder and Ronald Marshall (Lower 5th Class). It is probable, then, that all of these boys are in this photograph.

We have yet to identify the other students in this photograph. Please let me know if you can identify any of them. 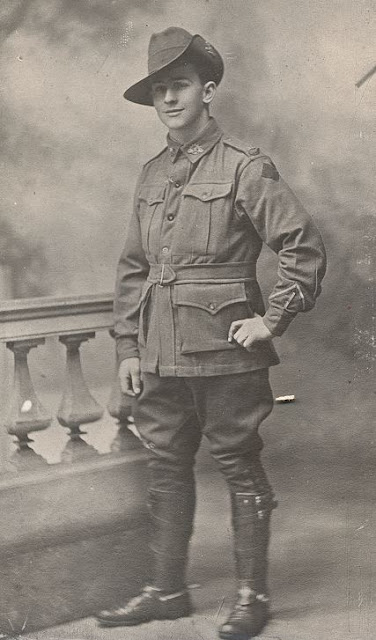 
Leslie Libbis and his brother William both served in World War One. William was killed in action on the Gallipoli Peninsula on 7 August 1915. I've written about Bill Libbis and his connection to the Mayfield Street football team here.

Leslie Libbis served with the 6th Field Ambulance in France. On 22 August 1916 he suffered a fractured right scapula as a result of a shell wound. He was first treated in the #19 Ambulance Train in France then invalided to England from Calais and admitted to the Kitchener Hospital in Brighton. 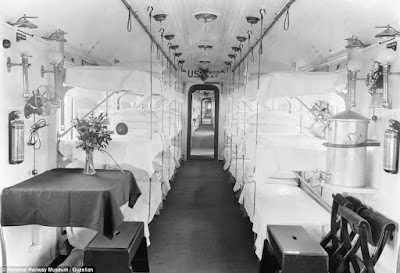 A 'standard' ambulance train consisted of sixteen cars, including a pharmacy car, two kitchens, a personnel car and a brake and stores van.

You can read more about the little known story of the ambulance trains here and here.

Leslie's wound continued to give him trouble and he returned to Australia on transport duty in July 1917 and was discharged from the service.

He married after his return and remained in Coburg until the 1930s when he moved to Parkdale. He served in WW2 and died at the Heidelberg Repat. Hospital in 1970.

Thanks to Barb W. who did the research on Leslie Libbis.