A tale of two Arthurs and the Memorial Avenue of Trees at Lake Reserve, Coburg

Firstly, I should correct a few inaccuracies from my last blog entry on 692 Private Arthur Hunt, 57th Infantry Battalion.

And now for some further news relating to which of the two Arthur Hunts was memorialised at the Lake Reserve Memorial Avenue of Trees. 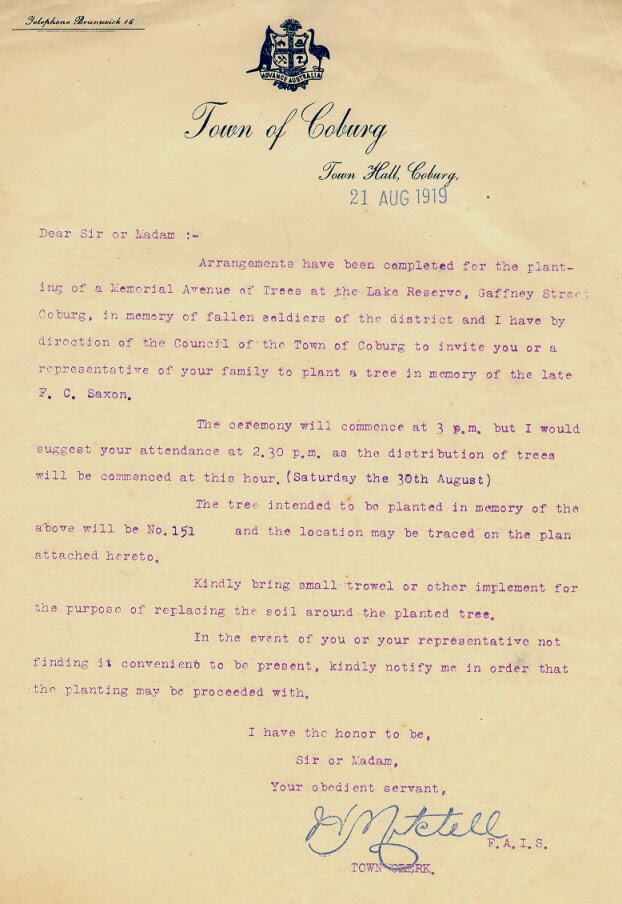 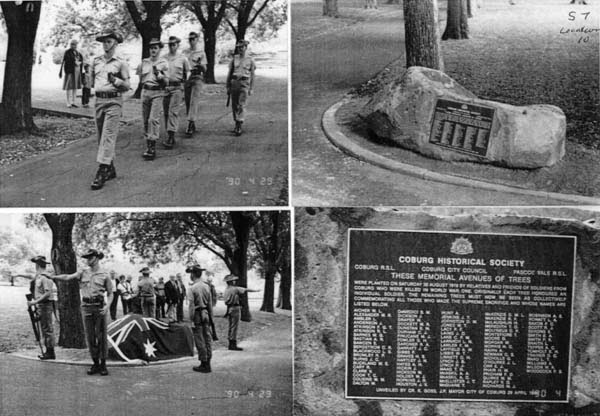 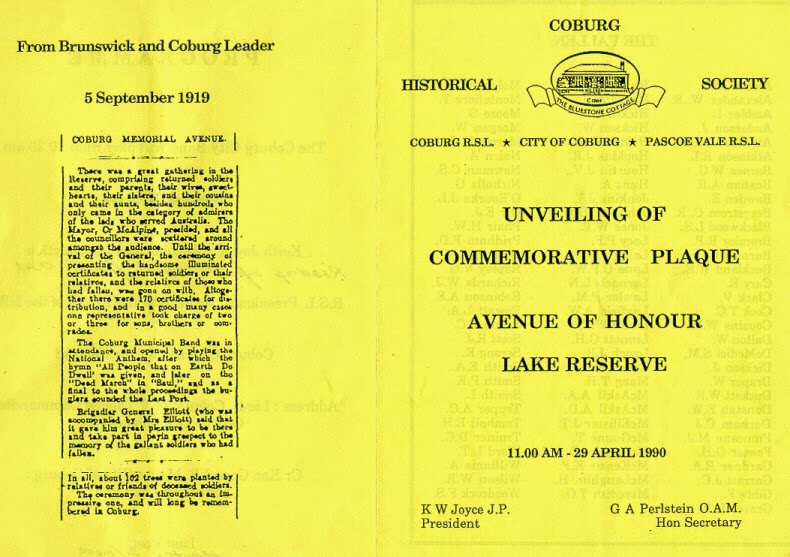 Recent research has revealed that the list of names on the plaque unveiled in 1990 is incomplete and in some cases it is inaccurate. The list was compiled after extensive research using the available evidence of the time. Since then, new material has come to light, including a plan of the Avenue and the names of soldiers with their tree numbers. Since then, too, more and more resources have come online, including the richly diverse collection of the Australian War Memorial and the soldiers' records available from the National Archives of Australia.

If you are at Lake Reserve, you can consult the large storyboard that has been erected at the start of the Avenue. It gives a plan of the Memorial Avenue of Trees and the names of those remembered there.

Many of the men who were remembered at Lake Reserve were former pupils of Coburg State School and are the subject of Coburg Historical Society's ANZAC Centenary project 'A hundred men, a hundred heroes: the old boys of Coburg State School go to war'. If you would like to know more, or you would like to contribute to the project, please contact Coburg Historical Society.

And now back to the matter of which Arthur Hunt is remembered at Lake Reserve ...

I have just found a handwritten list of names of those who had trees planted in their memory and I can now reveal that Tree #49 in the Memorial Avenue of Trees was planted in memory of 3046 Sergeant Arthur Hunt, the husband of Ethel Lily Hunt, once of 322 Sydney Road, later of 26 Richard Street, Coburg and later still of Epping in NSW. Sergeant Hunt died of wounds received at Fromelles in July 1916.

So now we know. Perhaps 692 Private Arthur Hunt is memorialised in Monbulk or Belgrave where his family lived at the end of the war? I'm sure today's generation of the family will be keen to discover if this is the case, so if anyone reading this blog has further information, please let me know.