More on the Glenroy Military Hospital

If ever you needed a reminder that there was a class system at work within the military (officers and the ranks), just consider the Glenroy Military Hospital set-up.
‘Ashleigh’ and ‘Sawbridgeworth’ were two Italianate mansions built side by side during the years of ‘Marvellous Melbourne’. As living quarters they were beyond anything that most soldiers would have previously experienced. Now, because they had contracted an infectious disease before they embarked for the war, they found themselves living in splendour (or perhaps just in the shell of a once-splendid home).
At the Glenroy Military Hosptial, I have been told that the officers were located in one of the houses and the ranks in the other. Unfortunately, I have not been able to discover which was which. Perhaps there is someone out there reading this blog entry who knows the answer.


The three photos that follow, provided by the Broadmeadows Historical Society, all give an indication of how infectious diseases patients were treated at the time. In one you will see tents pitched at the front of a house and canvas blinds pulled down on the first storey verandah. Presumably, some patients slept on the verandahs and certainly others slept in the tents, open-air living and sleeping arrangements being a common treatment for tuberculosis in those times.
The photos have all been labelled 'Ashleigh', so I wonder whether 'Ashleigh' was the main hospital. Perhaps someone reading this blog entry knows the answer. 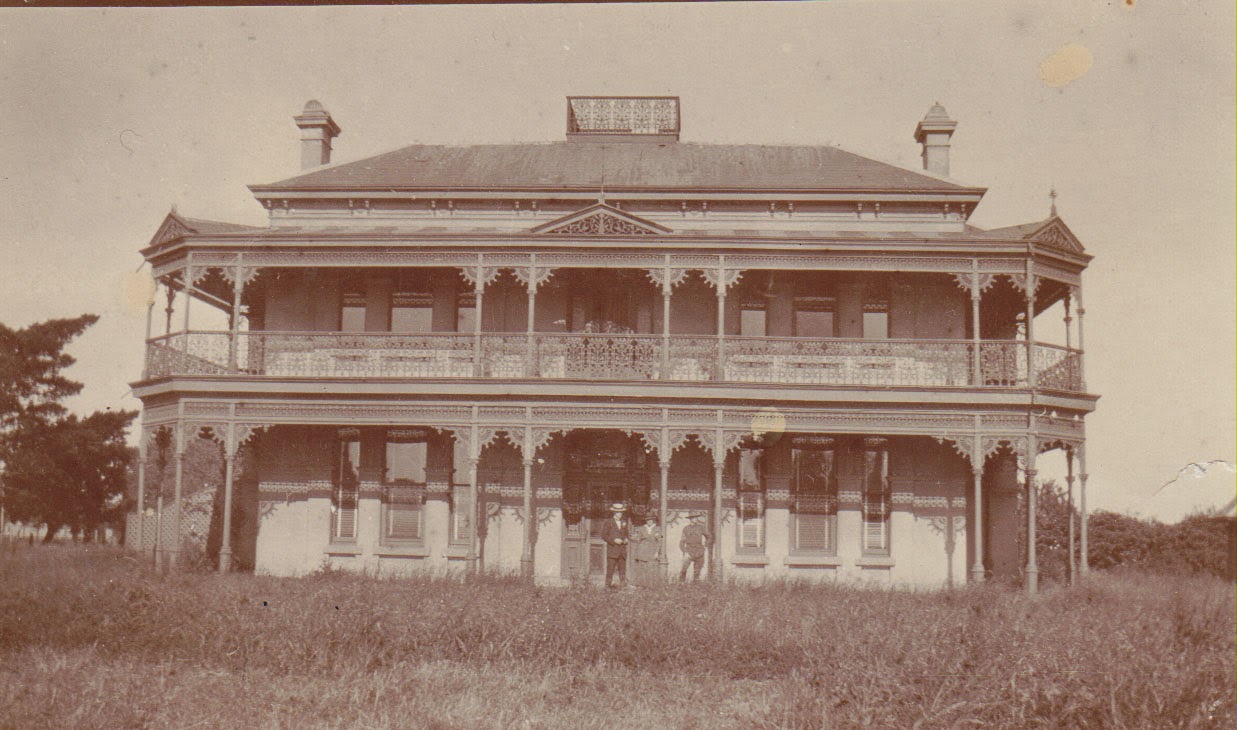 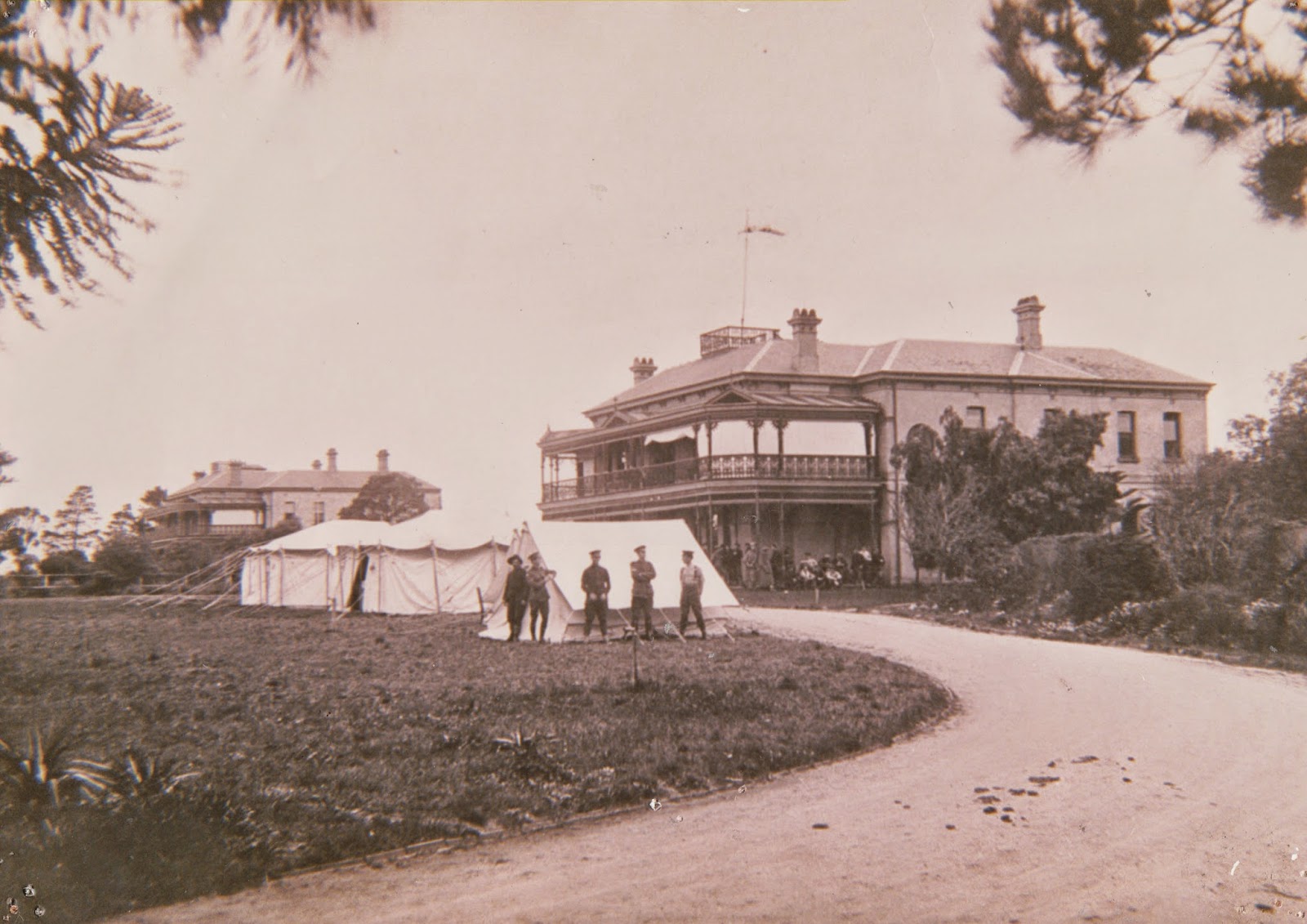 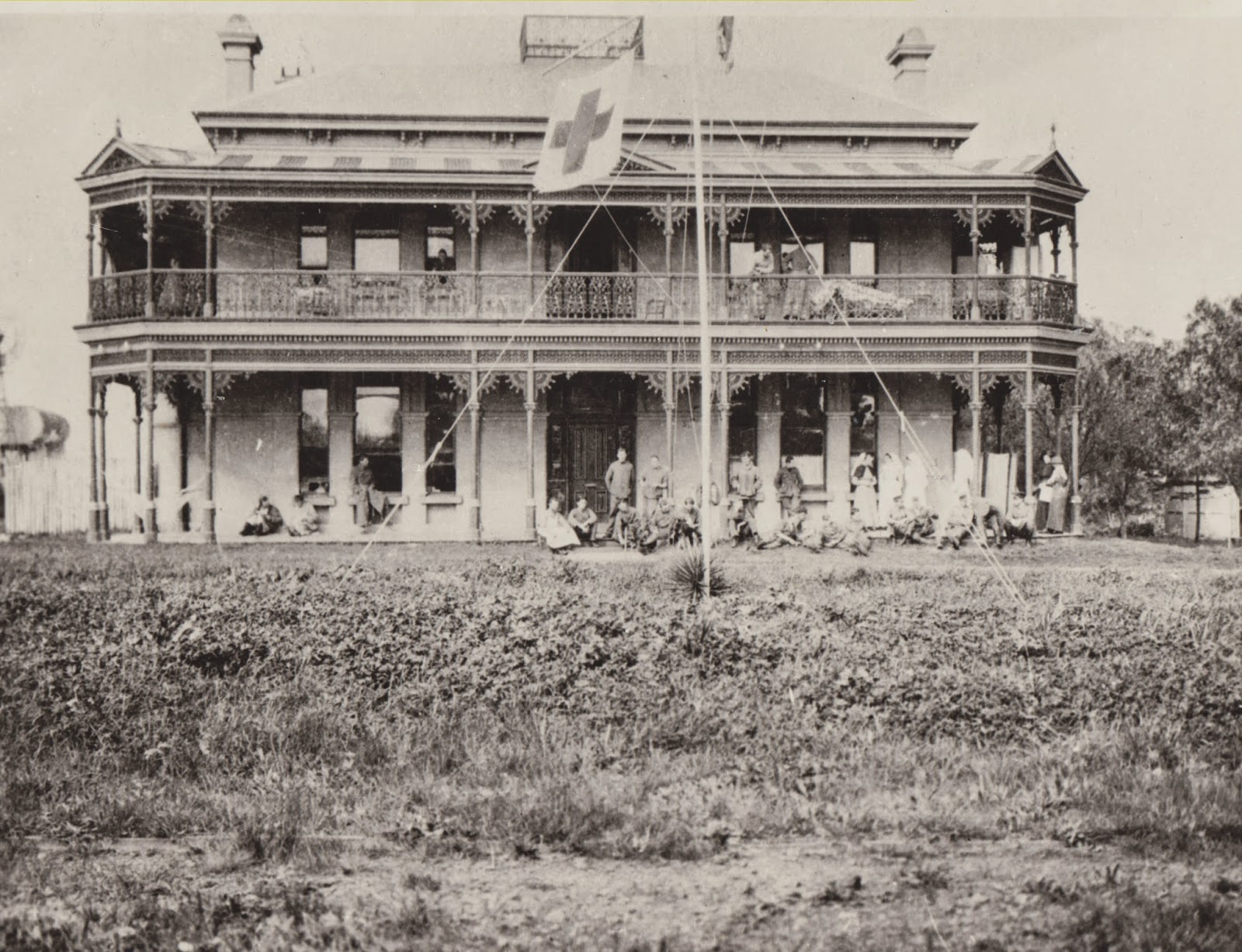