Just when I thought I'd found as much material as I was likely to find, I decided to broaden my TROVE search and use the search term 'Glenroy Hospital' and hey presto a few more references were staring me in the face! Not only that, but since the last time I looked, more newspapers have come online, so I found more material that way, too.

It just goes to show that history is a dynamic thing and with new resources coming online all the time, I will probably revisit the Glenroy Hospital at a later date. 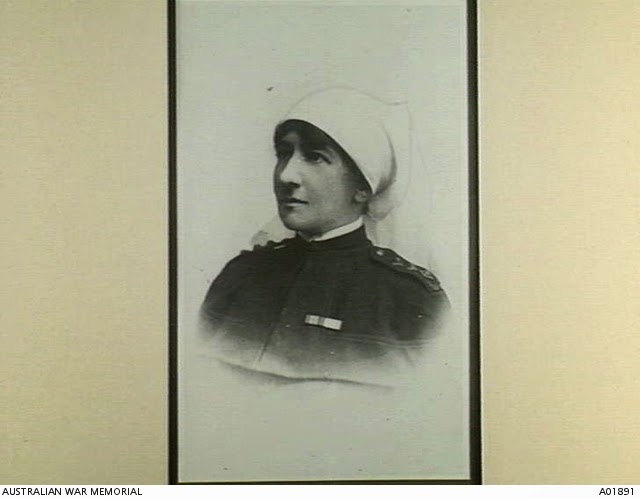 Portrait of Miss A. M. Prichard RRC, matron of 42nd British General Hospital which was one of the four hospitals at Salonika staffed by the AIF. Image Courtesy AWM. Image A01891.

Alice Prichard hailed from the north of Victoria and had been the Matron of Mildura Hospital prior to enlistment. Her sister Florence also served as a nurse and had previously been head nurse at Albury Hospital. Four brothers (Frederick, Leslie, Charles and Richard) also served in the war, so  their mother, Mary, of 'Greenvale', Glenrowan must have had a very anxious time.

During a brief return to Australia after the Gallipoli campaign, Alice Prichard served as Matron of the Glenroy Hospital. (She was a trained infectious diseases nurse.) She then returned to the war front. After discharge, she moved to Sydney to work. 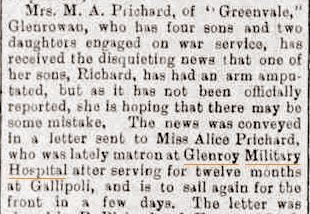